(Post Scriptum to Part 2 of “Hellenist” strife with “Judaist” lumpenculture)

Inspired by one of my colleagues alpinists, and following the Roman educational maxim “repetitio mater studiorum est”, I put more “counter-entropic flesh”, into proposed in the previous text (Dec. 12/13) MANTRA of HOMO SAPIENS, to be incessantly repeated, not only privately but also in public high schools. Here are slogans, which is worth to inscribe, on elongated and painted in all colors of a rainbow, “corals” of the Tybeto-Hellenist Rosary Bracelet: 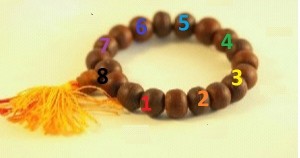 1: The Knowledge is the Good worth to live for, Ignorance is Evil (philosophers of antique Greece)

3: “Businessmen and merchants will not enter the places of my Father.” (Jesus in Gospel of Thomas, logion 64 – Please notice that the whole Christian theology, with its “redemption of sins by blood of Christ”, has a COMMERCIAL character. It means that this “theology of Evil” (see pt. 1!) was introduced against Jesus’ Living Father intention!

And here are four basic COUNTER-ENTROPIC features of zoon (living objects), which ‘Judeo-Darwinians’ are attempting to suppress:

6: Complex reflexes appear by a repetition (& association) of simpler ones (formalized by I. Pavlow, J. Piaget, M.G. etc)

8: Every toxin may become a medicine depending of its doses (Paracelsus, 16th century)

Why such simple MANTRA should be popularized? Simply, the above BIOLOGICAL TRUTHS become objects of MEGATIVE SELECTION in ever more “globalized” societies, dominated by their “Inanimate Animator” in a form of Technique, Money and Ass (TMA) demanding ever more comfort. An excellent example, how such “loss of Reason” (neurologist Tulio Scrimalli would call it EM – “Entropy of Mind”) manifests itself, furnishes publications of world known linguist, Noam Chomsky.  I wrote, roughly 20 years ago, a whole book, titled “‘Anti-zoological’ philosophy of N. Chomsky”, analysing socio-political ideas of this ilustrious scientist and social activist – this in order to obtain my late Ph.D. degree, at the University of Silesia in Poland. Namely, in an assembly of Chomsky’s essays from years 1980, published in Poland in 1996 under the title “Noam Chomsky’s attempt at scientific revolution” I discovered, repeated by him several times,  statements of this type:

“It is difficult to predict, whether we discover interesting properties, which are common for all LT/O,D/ (it means of the Learning Theory, which would be valid for any Object and any Discipline – MG). Such an attempt would be unequivocal with searching for something like the “general theory of learning”. As far as I know, perspectives for such theory are not better than the “general theory of growth” (…) tracing principles of growth of any organs in any organism”

Commenting this “scientific opinion” of Chomsky, in my late Ph.D. Thesis, I acidly remarked that Lamarck’s Law of Biology provide these “principles of growth (called hypertrophy) of any organ in any organism” (see pt. 5 of “Mantra” above). But not only this. In an essay “Looking into future: perspectives of research on human mind” of 1988, Chomsky made a following “revolutionary obsevation”: We have essential, overwhelming evidence that substantial aspects of our mental and social life, among them also the language, are determined as the part of our biological endowment, and that they are not acquired by process of learning, and in particular not by a training”[3]. I included this last Chomsky revelation into my speech “Inanimated Animator”, which I delivered during the “Let the Earth live!” Meeting of Dec. 2009, in Moscow. The German publicist Jurgen Elsässer, who has read this Chomsky’s revelation during this meeting, has remarked to me “I didn’t know that Chomsky is so stupid!”. As I am considered, in my speech I added that “Such bizarre statement (of Chomsky) informs us that during his conscious life as an adolescent, the future famous linguist either has not tried to learn any other than English language, either that he has amnesia concerning hours he spent while exercising his proficiency of foreign languages.”

Considering the origin of these “revolutionary” statements of Chomsky, one can find that he naively, encouraged in it by his, specialized in molecular biology mentors (in particular by J.-P. Changeux, with whom I had a very unpleasant exchange of views in 1981), was considering to be true all these NEODARWINIAN DOGMAS of bio-science,  which have lead him to the above conclusions. These dogmas, indeed, forbade any influence of animal’s repetitive behavior (i.e. training) onto this animal ”genetic skeleton”. Hence, for the “repetitio mater studiorum est” sake, I recall these “5 solas” of neo- or rather – Judeo – Darwinian Theory:

FIVE SOLAS of JUDEO-DARWINISM and their BIBLICAL ORIGIN

(practically copied from Lutheran SOLA SCRIPTURA, repeating “Divine Wisdom” of St Paul in 1 Corinthians 4:6 - “you may learn from us not to go beyond what is written”.)

2. Solus multiplicatium esentia vitae est – multiplication alone is the essence of life (copied from the book of Genesis 1:22 - “Be fruitful and increase in number and fill the  earth”.

( from 1 Corinthians 15:36-38 : “What you are sowing is not the body (or soma) which will arise, but the naked grain (germen)… The God gives to every seed the body he intends, for each seed an appropriate for it body”; the idea of such division is present already in Genesis. 1:11-12)

(taken  from “Jehovah oracle” urim-tummim  of hazardous choice, both of people to be exalted, and of those to be humiliated - Exodus, 28: 30)

( from Lutheran SOLA GRATIA – “For it is by grace you have been saved, through faith - Ephesians 2:8-9; “it is the gift of God not by works – Romans 11:6; “Not by works of righteousness which we have done, but according to His mercy He saved (it means, positively selected) us –TitusHYPERLINK “https://ebible.com/query?utf=8✓&query=Titus 3:5&translation=ESV&redirect_iframe=https://www.allaboutreligion.org/bible.htm” 3:5.

The problem, with these Judeo-Darwinian “5 solae”, is that they deflect the attention of the reader from INTERNAL CAUSES of externally visible their effects, which are gloryfied – as “given by God” – in the Bible. The best example here is this famous God’s order “ multiply yourself”, given to all living. Why do organisms constantly multiply? Aristotle had an answer to this question – all organisms have ‘vegetal soul’, which imposes on them the DESIRE to eat. And it is the accumulation, inside them, as the result of their self-feeding, of substances and of energy, which makes them grow – this also in numbers. (Microzoology of today amply confirms this Aristotle macroscopic suggestion). Moreover, this Aristotelian explanation ridicules the whole concept of EXTERNAL NATURAL SELECTION: in case the accessible food becomes scarce organisms, not disposing of surplus energy and building substances, automatically stop growing, also in their numbers, escaping thus external selective “survival pressures”, which should be caused by their overpopulation. Once again, it is a very well confirmed biological fact.

Looking at this problem from Aristotelian point of view, the Judeo-Darwinian Theory of Evolution appears to be an ordinary dupery, invented by Men of Ignorance (i.e. of Evil, pt. 1 of “rosary”), making business by spreading fake “survival fears”. In the light of this ‘meta-Darwinian‘ knowledge, the quoted above Chomsky’s “revolutionary” scientific statements, indicate that he is (was?) BLIND to the fact that living objects have SOULS, permitting them to learn new skills, this by a repetition of their, immature at the beginning efforts (pt. 6 of “rosary”).

Such partial Entropy of Mind (EM) is characteristic for the “Judaist and like them” breed of humans. “Hellenists”, of course, have to COUNTERACT pathological activities of these EM afflicted ‘paleohumans’ (T. Scrimalli). These “supermen”, of the Americanized (i.e. Zionized) West, are realizing, mindlessly, the demand of their LORD, to “chose the lowly things of this world, the despised things—and the things that are not—to nullify the things that are” (1 Cor. 1: 28). It is worth to notice that in places, where worshippers of this specific “G-d” become dominant, the common people are forced to live, indeed, in a lumpencultural environment worth to be despised, in which they are constraint to run exclusively after shoddy illusions of reality – it its exactly the socio-political situation in today’s USA! 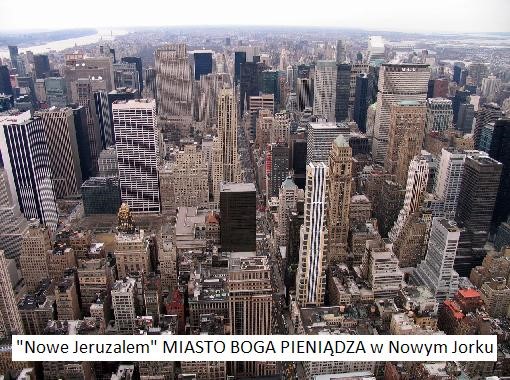 The nearly extinct at present ‘Hellenists’ (added by still vigorous Buddists of the East) have to behave, in such, ever more globalized socio-political situation, in a COUNTER-ENTROPIC manner. In particular, having in mind that all the neo-Darwinian Theory has originated as an assembly – nearly à la lettre – of “God’s logions” quoted both in OT and NT, they have to insist on relegation of these BOOKS of MISOLOGOS to back shelves of private and public libraries. The necessary SALVATION of mindful homo sapiens, is impossible without the uprooting of this poisonous “olive tree”, cultivated by afflicted with the EM Judaists (and the like), driven exclusively by their “vegetal”, PALEOHUMAN desires.

Isn’t such religio-scientific project an ELEGANT GIFT for everyone capable to reason in an autonomous manner? I propose it at the occasion of the 2020 anniversary of the birth of Our Savior. I have to add that the internationally known historian of Antiquity, Tadeusz Zielinski (1859-1944) used to argue that for Christians, the “Old Testament” SHOULD BE principal works of Hellenic philosophers, and not this messy and horrible in its bloody details, “Moses’ Testament” (Torah) produced by EM afflicted, antique Hebrew priesthood. 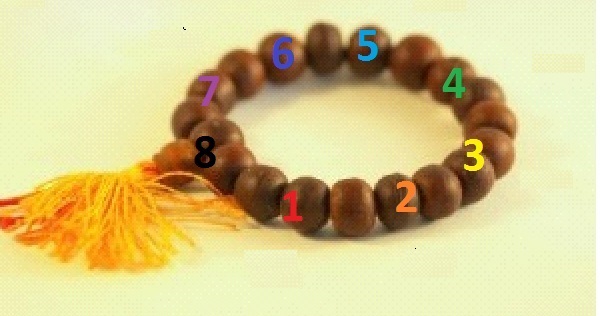